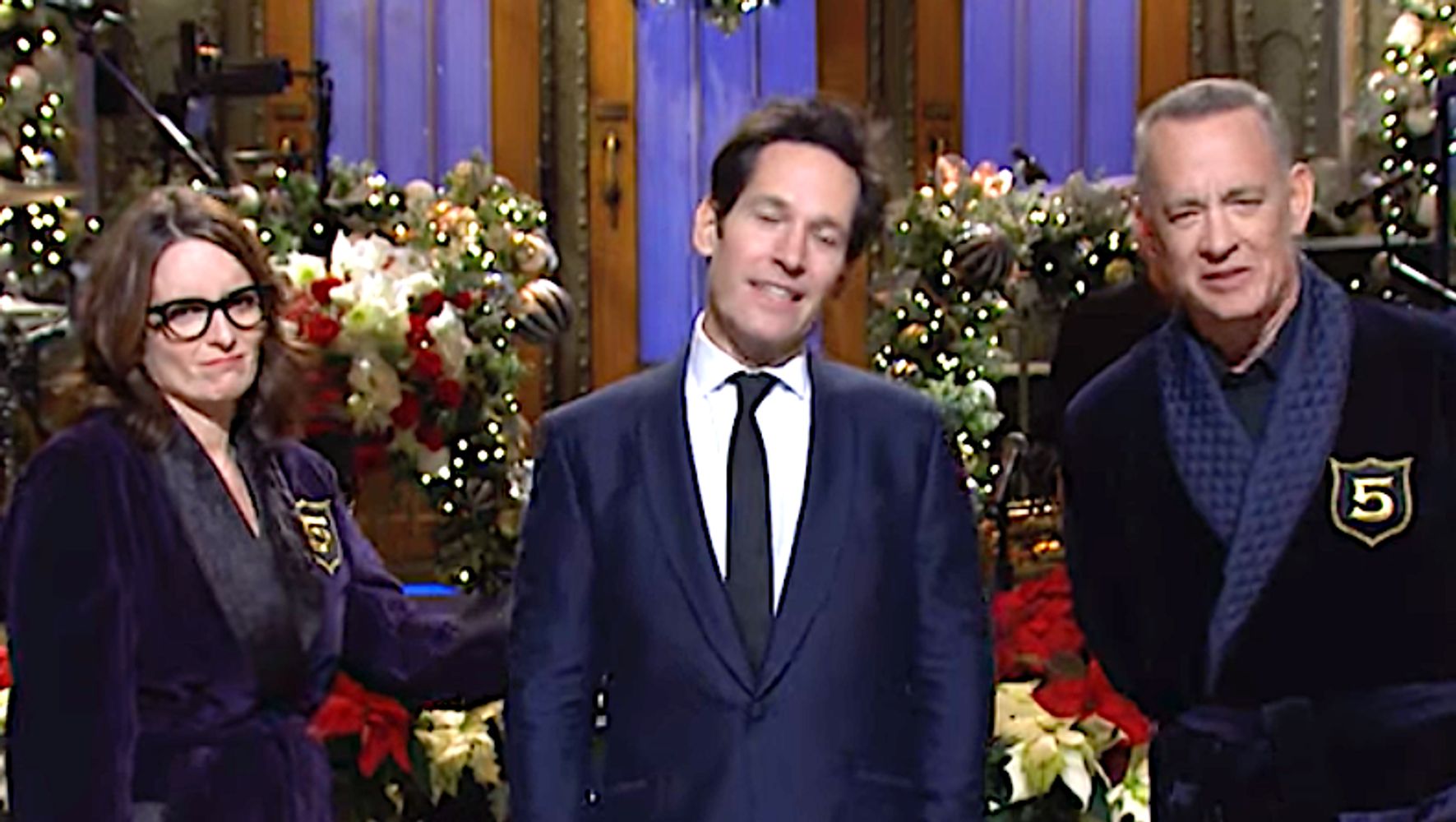 Tina Fey and Tom Hanks popped up to try to breathe some life into a sad final show of the year for “Saturday Night Live” after the live audience was cut, and cast and crew trimmed, amid surging COVID-19 cases.

The duo ribbed “The Shrink Next Door” star and People magazine’s new “Sexiest Man Alive,” actor Paul Rudd, that the limited program hardly counted as his fifth time as host. (“SNL” alums Fey and Hanks are both five-timers.)

“SNL” — produced at Rockefeller Center, where the Rockettes’ “Christmas Spectacular” show was shut down the previous day because of breakthrough COVID-19 cases — announced the changes just hours before the show. They were made “due to the recent spike in the Omicron variant and out of an abundance of caution, “SNL” said in a tweet.

“It’s not what you think. He’s having work done,” quipped Fey.

Even the holiday sketches were a bit sad, including the most recent, filmed Saturday morning and featuring an aging Pete Davidson trying to keep his comedy chops alive in a kind of “Raging Bull” shtick.

The best were the raunchiest, including Justin Timberlake starring in an old holiday version of the popular “Dick in a Box.”

“Cut a hole in a box, put your junk in that box … somethin’ special, girl,” Timberlake crooned.

Another featured a trio of very naughty elves (including Ryan Gosling) desperately seeking punishment from a reluctant Santa.

Singer Charli XCX had been scheduled to perform, but announced Saturday afternoon that she would not appear, adding: “I am devastated and heartbroken.”

She urged her fans to get vaccinated.