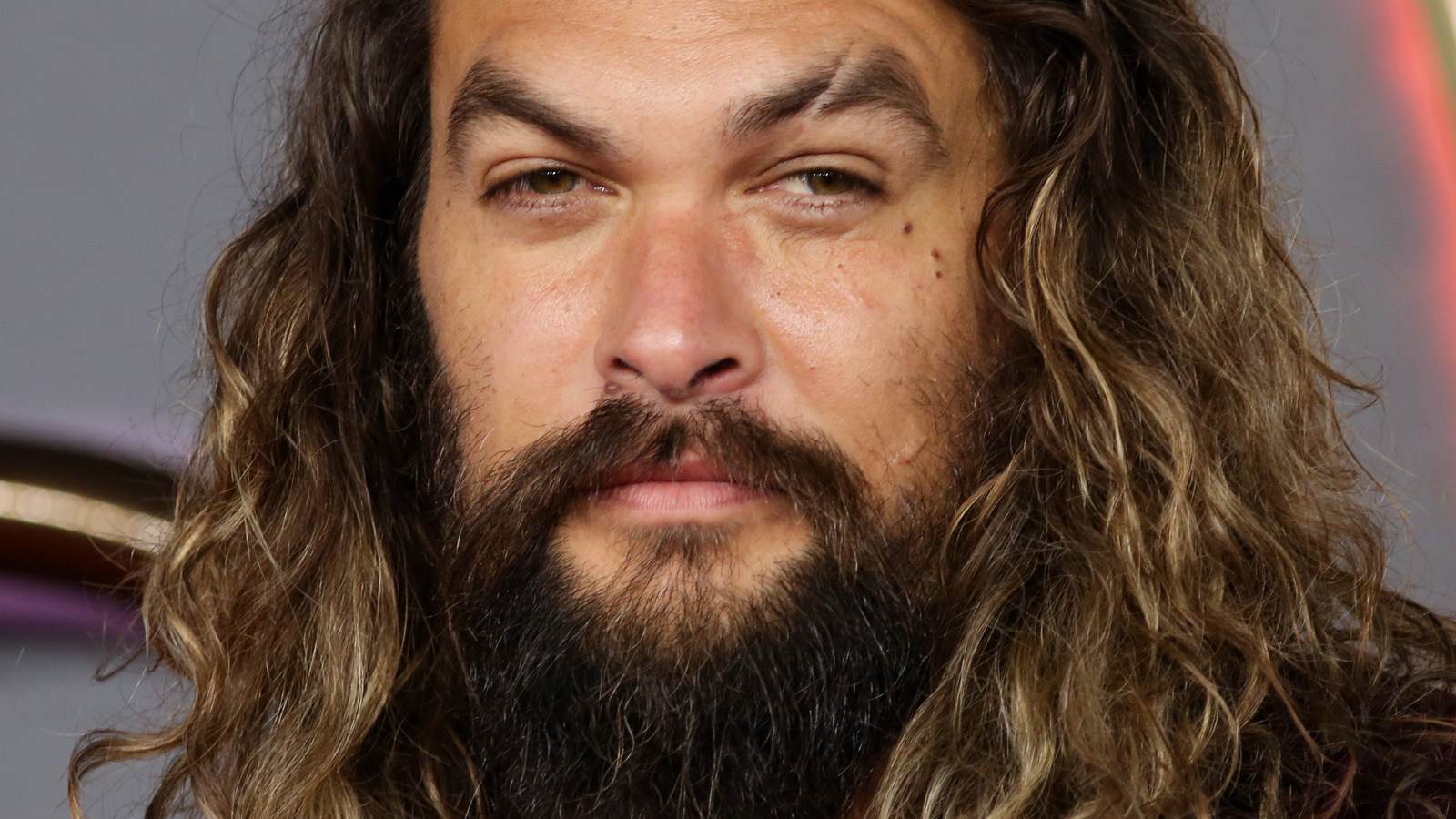 With “Aquaman 2” set to hit theaters in December 2022, Jason Momoa has been in London filming the majority of the movie, per ScreenRant. As with everything he does, he seems to have given the titular role his all. Speaking to Ellen DeGeneres in October 2021, the “Game of Thrones” alum explained that he sustained some injuries during filming (including a hernia!) as he claims he’s getting old. In short, “I’m just getting beat up,” Momoa told the host.

Injuries notwithstanding, the actor seems to have truly enjoyed making the sequel. As a source told People, Momoa appeared “very chilled” and looked to be “enjoying himself with friends” in London days before announcing his sad relationship news. “It was like he was on a big guys’ holiday sort of thing,” the insider shared with People. “[Momoa’s friend group] were all pretty tight and they were very protective of him as well.” According to the source, Momoa spent some time exploring London’s pub and food scene, as well as attending the premiere of “No Time To Die” in September with his children. Overall, “he was always really happy and chilled,” per the source. “It looked like he just really enjoyed having a good time.” Perhaps Momoa was happier spending time away from his then-wife, as the former couple’s Instagram statement implied that they simply grew apart. It wouldn’t be the first time busy schedules have led to the end of a relationship.

Share. Facebook Twitter Pinterest LinkedIn Tumblr WhatsApp Email
Previous Article27 Of The Funniest Tweets About Cats And Dogs This Week (Oct. 23-29)
Next Article Can you name these video game characters? The gaming quiz that’s harder than you think | Gaming | Entertainment

How Compatible Are Orlando Bloom And Katy Perry Based On Their Zodiac Signs?