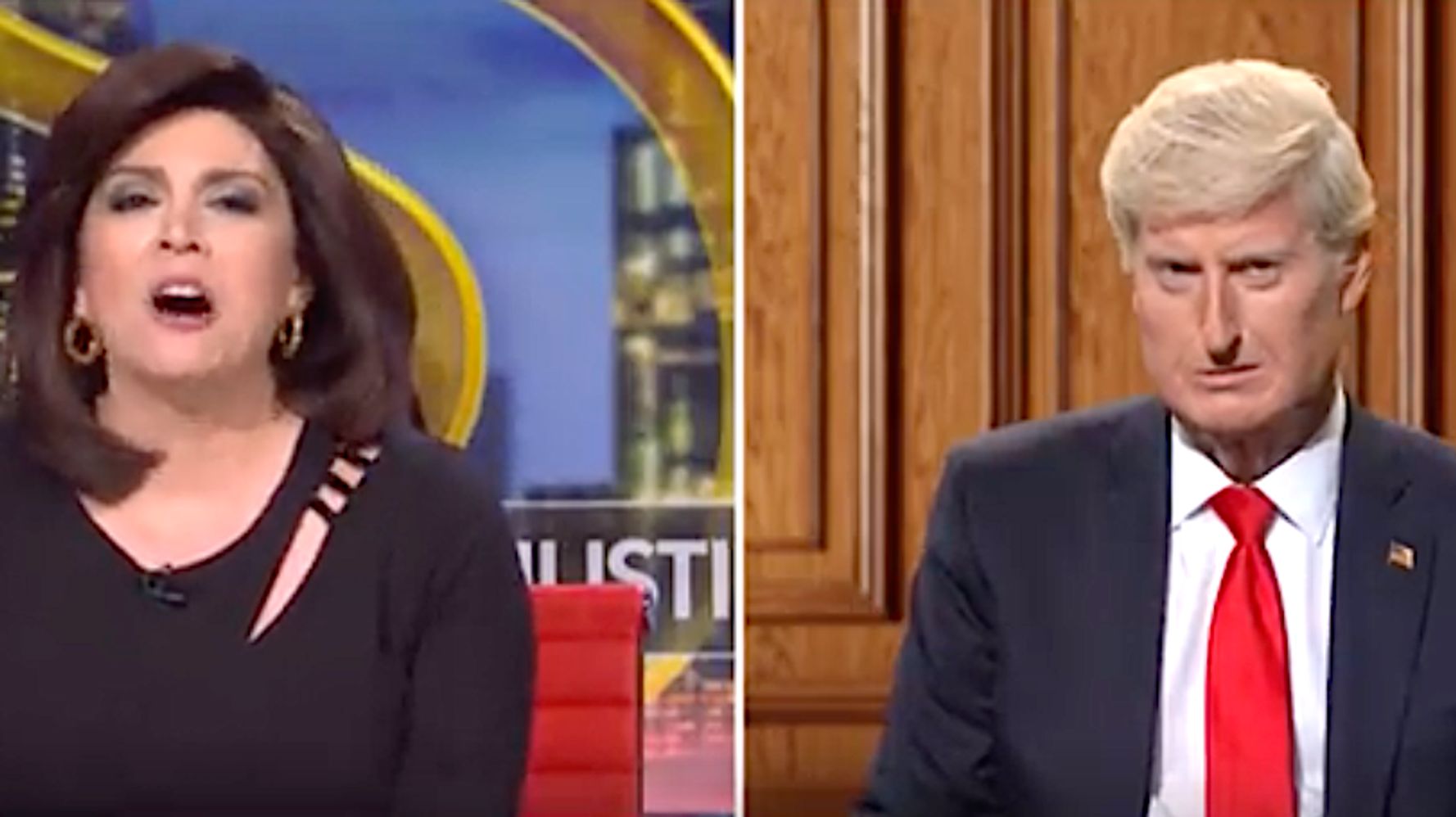 “Kyle Rittenhouse was acquitted of all charges,” said a thrilled “Pirro” in the cold open, chugging a mug of “liberal tears.”

“That lovable scamp was put through a nightmare of a trial just for doing the bravest thing any American can do: protecting an empty used car lot in someone else’s town,” she proclaimed.

All it took was a bit of help from the Rittenhouse trial judge, Bruce Schroeder, played by Mikey Day.

He “ordered that the prosecution not use the word ‘victims’ — they were ‘rioters.’ And they weren’t ‘shot’ — they were ‘ga-doinked,’” Day explained.

Later, it was on to Donald Trump and his unique word salad, excellently delivered by clone James Austin Johnson.

He was supposed to address President Joe Biden’s infrastructure package — and he did, sort of.

“I’m glad you brought up that terrible bill, because the truth is, nobody did more for infrastructure than me. And people are say — and, you know what, people, of course, are people who are me,” he started off.

“They’re saying I built it back even, you know what, I think even a little bit better because I did wall, OK? Big beautiful wall. But it’s not just wall because when you put wall down though a grassy field, frankly, that’s road.”

“You know what? Her husband, who is not very attractive,” he declared. “You know what? It’s terrible what they’re doing with Dua Lipa’s husband not being attractive. We have to do something about it.”

Check out the video clip up top.