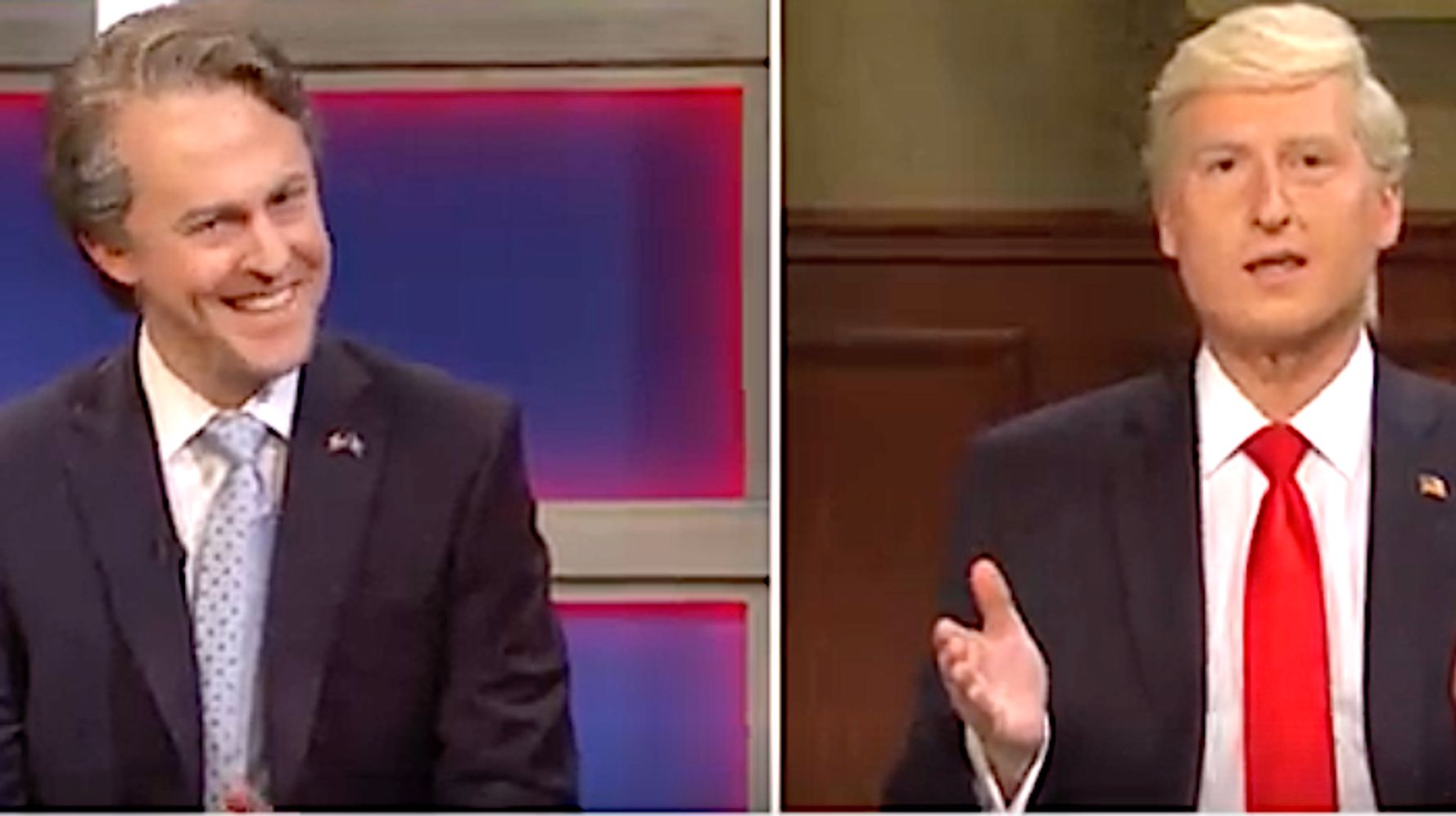 Not only does James Austin Johnson of “Saturday Night Live” do a convincing Joe Biden, he totally nailed Donald Trump as the “former and basically current” blowhard president appeared on a mock “Justice With Judge Jeanine” in the show’s cold open.

“Oh we love to win, and you know what? You’re gonna see a lot more winning where that came from, let me tell you.” (An extremely uncomfortable Youngkin, played by Alex Moffat, asks to be taken off the split screen with “Trump,” who’s not having it.)

“You know what? Most people don’t like Glenn, but he’s a wonderful guy, OK?” says Johnson’s Trump.

In his most dead-on cloning of Trump, Johnson talks about the “PC police” canceling Christmas.

“You know what? This is true, this is true … You know, a guy came up to me the other day, big guy, bigger than anything, tears in his eyes. And he says, he said to me: ‘Sir, my name is Santa Claus, and Christmas is canceled.’ And I said, ‘We’re not going to let that happen, Santa.’ And that’s why I asked him to give Virginia to Glenn Youngkin. … Santa did it because he loves America.”

Cecily Strong played up her Jeanine Pirro shtick of always being super-horny for Trump. She asks how he manages to keep all of his convoluted, rambling ideas in his brain.

“Well, I had my ears sealed, so nothing comes in or out,” he explains.

Check out the clip up top.

Omg he played him so well I got flashbacks ??