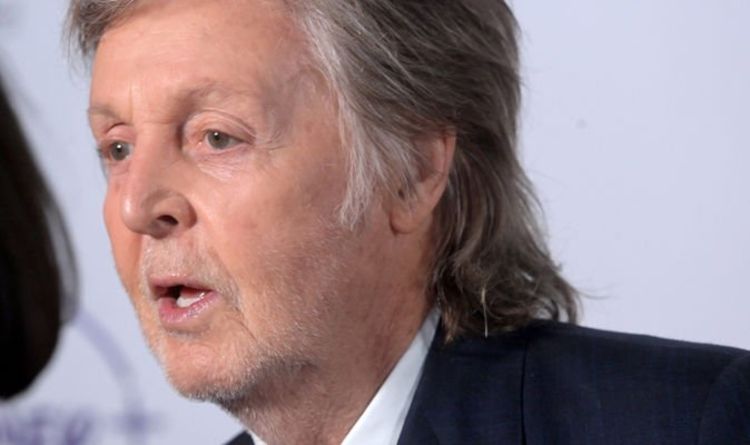 
In 1969 The Beatles decided to finish off their documentary, Let It Be, with a bang by performing some of their newest and biggest tracks on the roof of their Apple Corps headquarters. The band had not performed publicly for a few years and were working on writing and recording what would become their final album, 1970’s Let It Be. But once they got on the roof of their Savile Row building on January 30, 1969, the police were not very happy.

As seen in the video below?,? during The Beatles’ performance of Don’t Let Me Down, the police arrived at? the gig? after receiving complaints.? ?Kenneth Womack, a Beatles scholar, recalled that the band’s road manager, Mal Evans, was told the police were going to intervene unless the music stopped.? ?Womack ?later explained?: “The police demand that [The Beatles] turn down the sound or stop the concert. They tell Mal they intend to arrest The Beatles. At that point, Mal turns off George Harrison’s amplifier.”? ?Evans did as he was told and began turning off all the musical equipment. But once he turned off the first amplifier, George Harrison‘s, he was shouted at by the quiet Beatle, ?before turning it back on.

Evans then recalled in his diary how he was then arrested by the attending police.? ?He wrote: “On the way up to the roof, they arrested me, with one of the policemen putting me in his book.”? ?Thankfully, Paul McCartney decided to step in to help out his friend and colleague?.? Womack ?revealed McCartney went into “PR mode” to change the police officer’s mind? – and it somehow worked. ?

READ MORE: Paul McCartney on which Canadian band could ‘out sing’ The Beatles

Lennon announced: “I’d like to say thank you on behalf of the group and ourselves, and I hope we’ve passed the audition.”? ?The band laughed themselves off their makeshift stage, and their fans never saw The Beatles perform live ever again.? ?Although the rooftop concert has gone down in history as one of the most iconic moments for the band, it was originally not going to happen.

Ringo Starr recalled how the band wanted to play somewhere at the very last minute, but couldn’t decide on where.? He said in 2000: “We were wondering where we could go. [We thought:] ‘Oh, the Palladium or the Sahara.’ But we would have had to take all the stuff.”? ?Eventually, Starr revealed, the band decided to just get on the roof and start playing their instruments to the actual airwaves.

’So much blood, it was hell’: Was that Siegfried and Roy tiger attack actually murder? | Theatre | Entertainment

What is Woodoku? How to download and play the brilliant puzzle app you’ve seen on TV | Gaming | Entertainment