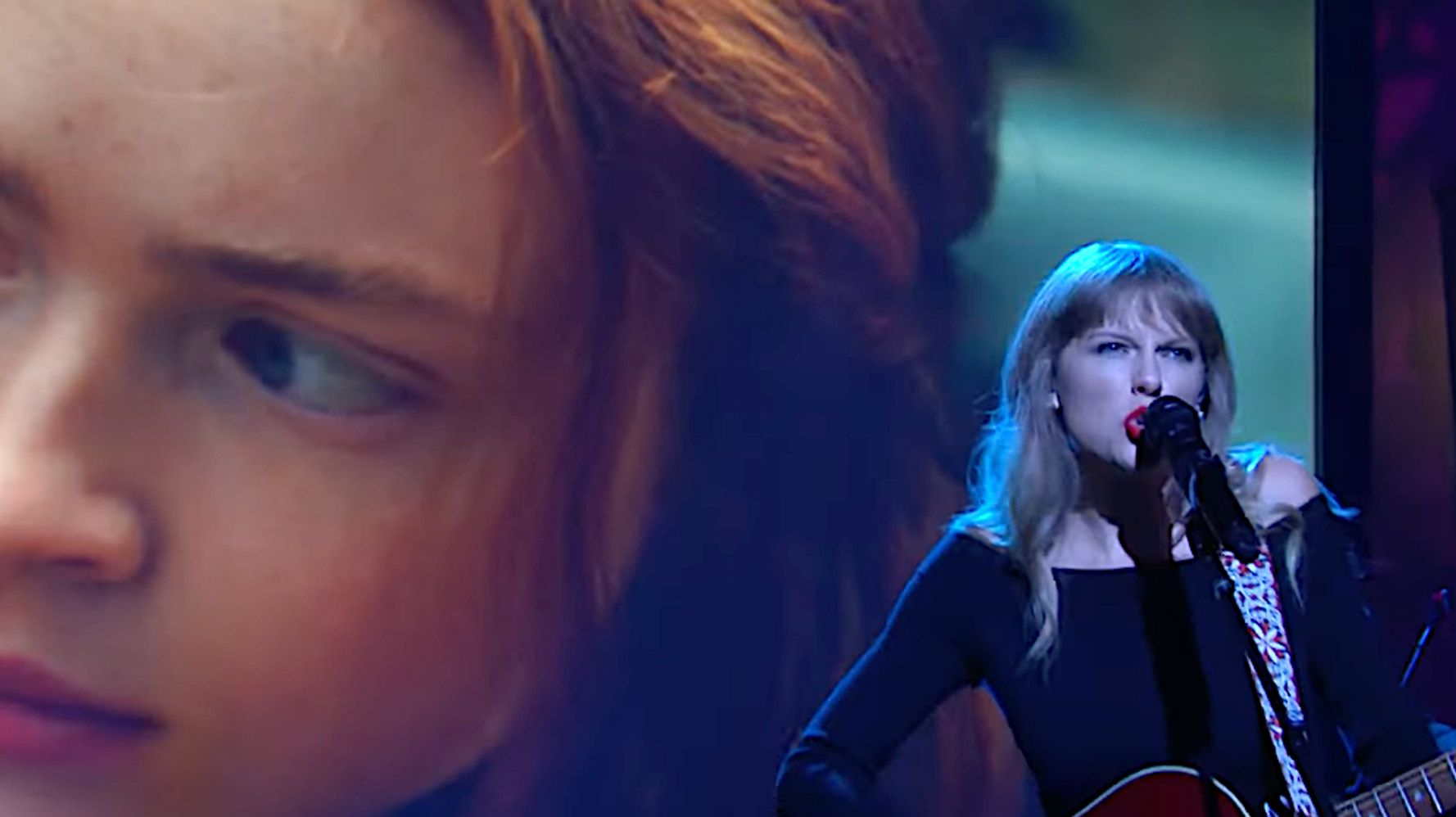 Taylor Swift gave the audience everything they wanted with the full 10-minute version of a heartfelt “All Too Well” on “Saturday Night Live.”

The long version of the song was released Friday as the final track on “Red (Taylor’s Version),” a rerecording of her 2012 album that’s part of her ongoing effort to reclaim ownership of her back catalog.

“All Too Well” is considered by many her best work.

Swift, all in black, sang on a carpet of golden leaves in front of footage from “All Too Well: The Short Film,” featuring Dylan O’Brien and Sadie Sink, which she wrote and directed.

Sink plays a young Swift and O’Brien plays her ex-lover, almost certainly Jake Gyllenhaal, during the pair’s rumored visit to the house of his sister, Maggie Gyllenhaal.

The lyrics are complex, heartfelt and searingly angry and painful. “I’m in a new hell every time you double-cross my mind,” sang Swift.

Snow fell on her shoulders at the close of the song, mirroring the image in the film.

Colin Jost later opened “Weekend Update” quipping: “Well, guys, I think the lesson we all learned this week is never break up with Taylor Swift. Or she will sing about you for 10 minutes on national television.”

Earlier in the program, Swift made a fun cameo in a music video sketch featuring Pete Davidson and three new “SNL” writers: Ben Marshall, John Higgins and Martin Herlihy. Much to their dismay, Davidson turns it into a song about “Three Sad Virgins.”

Check out “All Too Well” in the video up top, and “Three Sad Virgins” here: