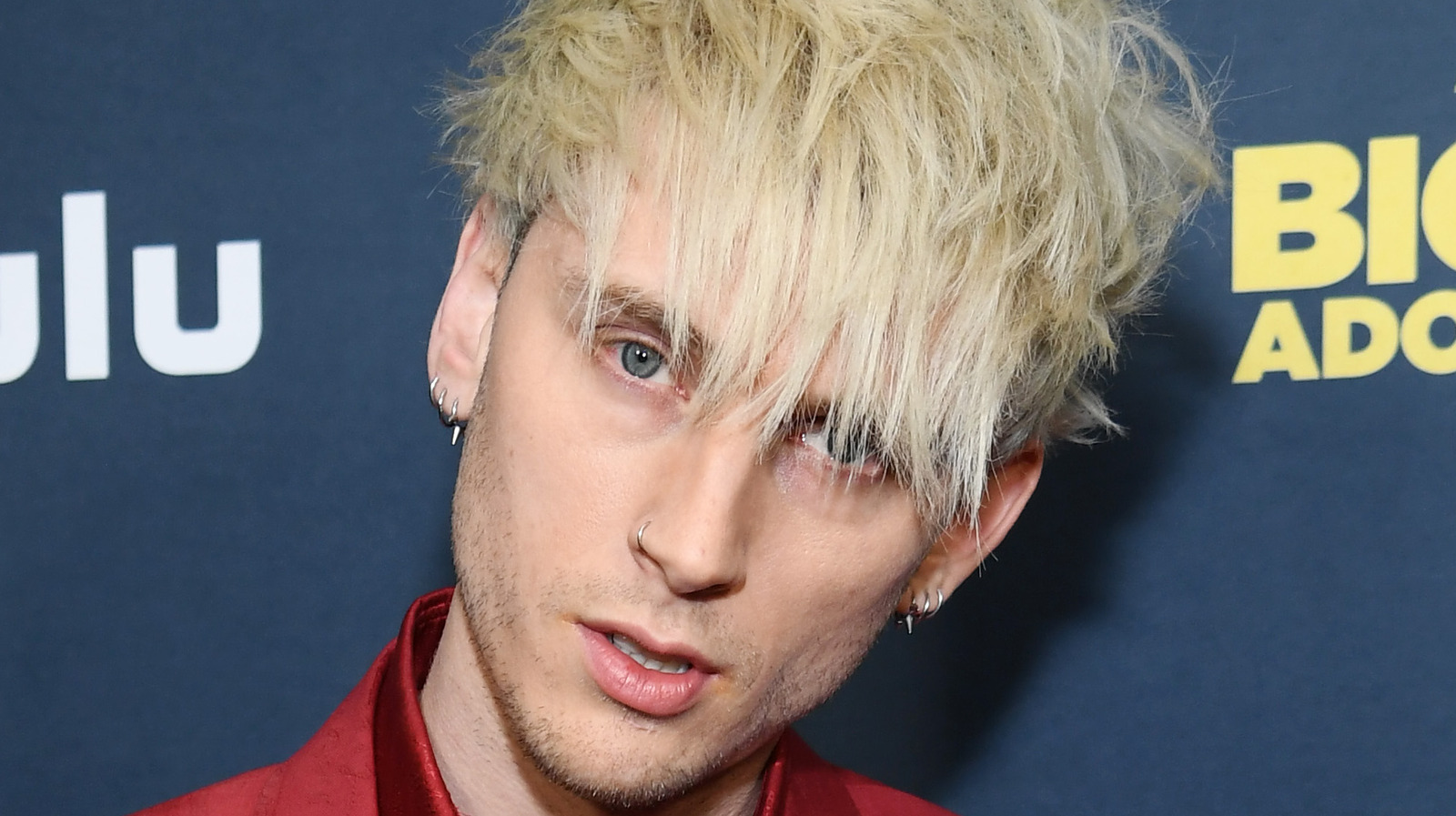 According to Body Art Guru, Machine Gun Kelly has around 83 tattoos in total, but it’s difficult to ascertain exactly how many since he doesn’t typically walk around without clothes long enough for us to count. It makes sense that Kelly has so many since, as the rapper admitted to Untitled Magazine, he “started getting tattoos when I was fourteen.” Kelly doesn’t regret any of them, aside from the self-inflicted ink because, although he acknowledged these tattoos are “punk rock,” the musician also doesn’t like how they look compared to the rest of his professionally done work.

Among the “Bad Things” hit-maker’s massive collection are various tributes to his own albums, fake bites and wounds, and even seemingly random area codes that mean a lot to him. Suffice to say, Kelly is drawn primarily to attention-grabbing designs. For instance, just above his left collarbone, the outspoken star placed an atom, barbed wire, and a streak of lightning alongside each other. He doesn’t always just get whatever he feels like, however, telling The Urbanian back in 2010 he tattooed “Almost Famous” on his lower stomach to remind him “how much it sucked to ALMOST be famous.”