A creative multi-force in Hollywood for most of his decades, Richard Green launches a crowd-funding campaign designed to fund a feature-length documentary on iconic Twin Peaks actress Catherine Coulson.  You know.  The Log Lady.

AUTHENTIC LIFE AS ART IN THE MAKING 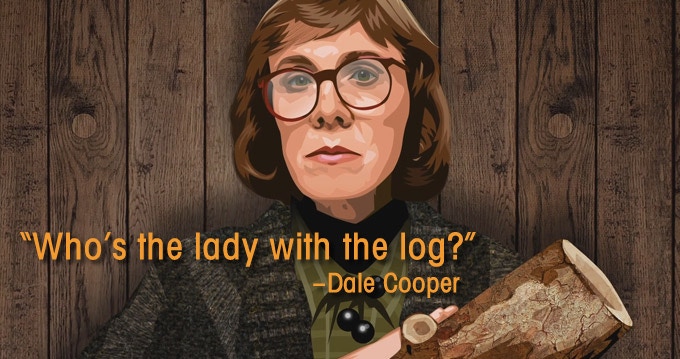 Having been a journeyman actor himself, starting at the Public Theatre in NYC Central Park with the likes of Mark Linn-Baker, then refocusing his sought methodology to the then nouveau class of 78 from Cal Arts, acting and making films alongside Paul Ruebens and Tim Burton, but not before spending a couple years finding himself creatively in San Francisco, where he held public comedy improv court alongside the likes of Robert Shields at Ghiradelli Square, Richard Green not only knows he has special insight, but knows why.   It takes an artist to appreciate another and by definition we are but a part of the circles we find ourselves attracted to and indeed welcome within.

Green’s first step into the wildly creative, weird and successful across the Hollywood board world of David Lynch was when David cast him as the iconic mysterious magician in the then and now iconic Mulholland Drive.  It was Catherine Coulson (the actress who played “the Log Lady” on the Twin Peaks series) who initially introduced Richard to Lynch and vice versa back in the Erasurehead days.   Catherine has since passed on and this project at first seems like one big ole post mortem thank you, but in fact is an homage to an authentic life as art in the making.

With the endorsement and indeed on-camera participation of Sir (-real) David Lynch himself, “I Know Catherine, The Log Lady” is hot on Kickstarter’s featured campaigns, with (as of this publication) and within just under its first week has raised nearly $60,000 of its $250,000 project goal.  And, with another $25,000 in pledged matching funds by an independent producer, the campaign is virtually 1/3 the way there.  But there is never a time to rest on our Yanni’s. I mean laurels.  (I heard laurels.)

I can’t do it justice because A) I’m too lazy or busy or something to research and cherry-pick all the best parts of the campaign, but I will tell you this.  Hang on.  I need to lie down a minute.  Hang on.

From the $10 “Join the legion of the Log Lady” reward all the way to the $25,000 become executive producer reward, several “Mystery Rewards” will reveal themselves as the campaign reaches designated milestones.  And the perks are spectacular, especially if you’re a film buff and/or Lunch fan. (I meant Lynch fan; I’m just hungry.)  The $25,000 matching pledge becomes a twin perk, if you will.  Or, even if you won’t.

Seems to me to have been a really cool smart lady who found success, but only after honing her craft in the woods of fine theatre, far far away from the studded hustle of Hollywood.   She’s the real deal and that’s just what Lynch seemed to love about her.  That she was authentic and authenticity – as David Lynch knows – is always the building block of good drama and the (to continue the oft-overused house building filmmaking analogy) the cornerstone of suspense.

The buried headline here is just how much one of Lynch’s stalwart behind the scenes and in front of the camera cohorts was loved and still is.  This is beyond sub-culture fetishism.  This is a story of a well-loved colleague.  A woman.  Who in the heretofore underground pre-Weinstein era, chose to work with good men, intelligent men, men.  In an age when we’re all out here trying to figure the hell out how to make it in any capacity, it’s inspiring to hear modern day women filmmakers talk about Catherine as the progenitor of the artist as actor/actor as a person movement.  She chose characters who reflected her better self.   She became an icon within the massive subgroup of Twin Peakers as the “Log Lady”, but never ever even entertained the idea of cashing that into Hollywood gold.  To Catherine herself, she knew she already had the gold.  The gold was life itself and its expression through the art form of acting as well as the love from creative cohorts, family and ultimately her biggest family: Her die-hard log-loving fans. 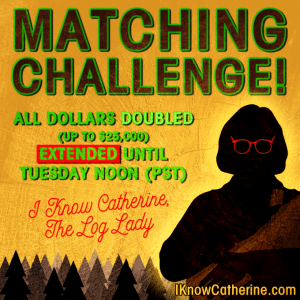 CHECK OUT THE CAMPAIGN

Richard Green and his team can speak boatloads better than I can about the campaign, so I’ll just sign off here and lead you to this link, the link to the Kickstarter Campaign “I Know Catherine, The Log Lady” 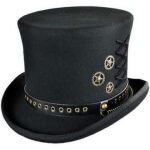 With a Little Help...It’s John Belushi! @ The Whitefire Theatre - Review

The Tomorrow Show – Divine Inspiration at the most bizarre, complex, and creative comedy show on this planet, Ron Lynch