The Tomorrow Show – Divine Inspiration at the most bizarre, complex, and creative comedy show on this planet, Ron Lynch

by Steven Alan Green
in SAG, Comedy, The Naked Blogger
0

Like a scared gynecologist, Ron Lynch thinks outside the box.

Well, first of all I’m naked. That’s my thing.  In order for me to write my best, I need to be naked. Got me thrown out of Starbucks but hey; we all have our creative methods. Guess they didn’t approve of my laptop; ha bloody ha. For most of my childhood and adult life, nothing has been more important to me than comedy. Comedy got me through a very rough childhood, where yelling and divorce and never seeing mommy or daddy ever again; and then rinse and repeat over the course of 10 years, yeah; you too would be as fucked up as me.

However, I learned very early on, that the best thing you can do for yourself in this lifetime is to choose your fucked-up-ness.  It’s gonna happen anyway.   Nobody is so-called “normal” and we don’t trust them anyway.  They voted in Trump, remember?  No.  My chosen reality is to see life as a comedy, ’cause if I don’t, then it’s just way too boring.  Which finally brings me to comedy showman Ron Lynch.

There are nice people in this town and I should introduce Ron to some of them, because after all, he is the epitome of a nice man.  As the voice of “Ron” on Carton Network and Fox’s Bob’s Burgers, Mr. Lynch is somewhat the Billy Bob Thornton of comedy.   His singular late night creation, The Tomorrow Show, is insiders comedy for the outsider.   Imagine Soupy Sales asking the kids to send him a tittie magazine, rather than a dollar.  Add some Terry Gilliam’s surreal madness and throw in a little Andy “Is he for real?” Kaufman, and you pretty much have a slab of dead flesh and I’d call the cops and split if I were you.

But, if I weren’t you (and I assure you; I’m not and wouldn’t want to be, no offense) I would catch the next Tomorrow Show.  That is, if you can.  The show tends to sells out nearly every Saturday, but I think you can get tickets in advance; I’m not sure and they’re not paying me enough for this blog review to look it up, or as you kids say, “Google it”. 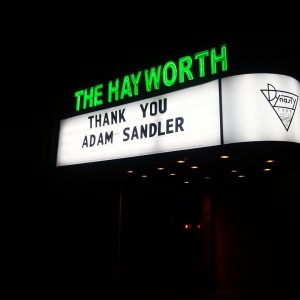 And I have no fucking clue if that has anything to do with this story, other than The Tomorrow Show Starring Ron Lynch ended its successful multi-year run at The Steve Allen Theatre as the city of Los Angeles loved The Tomorrow Show so much, they demolished the building.   Now, The Hayworth Theatre on Wilshire is in danger as Ron Lynch and his incredible eye for the oddity talent has relocated to the brand spanking new bitched up venue.   Dynasty Typewriter – is the grand overseer, the venue runner, the curators of great new comedy.   In fact, some upstart comic, Adam Sandler is his name as I recall, well he did a run there a few weeks ago and my sources tell me Messer Sandler is planning his Netflix special to be filmed at Dynasty Typewriter.  Don’t quote me, but that’s what I heard and again, I’m not Googling it.  I’m naked. Isn’t that enough?  Former artistic director of the Hollywood Improv, Jamie Flam is the man behind the vision of the rebirthed and rebranded venue.   And with the recent sad demise of Nerd Melt on Sunset, as well as the ever growing popularity of Chick-fil-A, this is assuredly happy comedy news.

“Ron Lynch is the Walt Disney of Weird and the world he creates every week is far beyond our collective unconscious to fully understand.  But, like all great entertainment and art, it’s worth a try.”

— and you can quote me!  Steven Alan Green, The Hollywood Dog

on the keyboards and on stage as Lynch’s literal comedy lynchpin, he’s like Paul Shaffer to Ron Lynch’s Adolf Hitler.   ‘Cept Ron ain’t no Shicklegruber; no sir.  Ron is like Dan Rowan if he was secretly dosing himself through his whisky and soda with LSD, meanwhile the comedy soul of 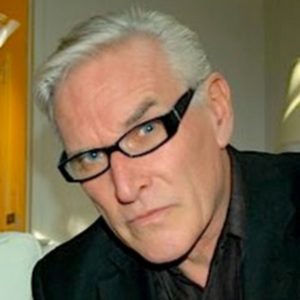 Buster Keaton tied up backstage, with Ernie Kovacks in his earpiece feeding him genius lines and moves.  Every Tomorrow Show is different.  All of them have guests, both musical and comedy and there’s always sketch comedy that seems to come out of nowhere.  Forth wall?  We don’t need no stinking 4th wall, as Lynch will literally count then juggle 200 sets of eyeballs and somehow make magic with all of our minds whether we go kicking and screaming or willingly like lemmings off the comedy cliff of death. 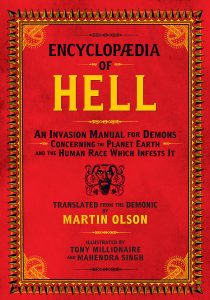 Olson, another genius polymath, is best known for his head writing on Disney’s Phineas and Ferb; but if you dig a little deeper, you’ll find a modern-day Ambrose Bierce as evidenced by Olson’s brilliant satirical tomb The Encyclopedia of Hell.

What the hell else are you gonna do on a Saturday night at midnight? In LA?  Hello?

What?  Sit at Canters and try and count the age lines on Rodney Bingenheimer’s forehead?  Listen.  This is the place to be.   The Tomorrow Show Starring Ron Lynch at DynastyTypewriter at The Hayworth Theatre.  It’s only 10 bucks and plenty of parking if you walk a block or two you lazy Angelino fucks.  Perfect date.  Bring your tattoo buddy to a DTLA food truck, dine in style, see a movie, feel sorry for the homeless, then get to the The Hayworth and see and be part of what always feels like comedy history.  You never know who you’ll see on stage or literally in the next seat.  It’s a real Hollywood crayzo interesting “celebrity” magnet.

FOR MORE INFO, DATES, SHOWS, HOW TO GET TICKETS, ETC, THEN CLICK HERE, THE GREEN BIT, THE ENTIRE GREEN BIT

But Steven.  Do you guarantee that we’ll have a great time?

No.  Fuck no.  You’ve never seen anything like The Tomorrow Show and I guarantee you never will.  Take a Saturday afternoon cat nap and get there.   Trust me; I’m a doctor. 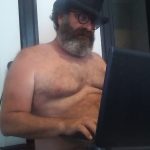 For the Hollywood Dog,

This has been Steven Alan “Woofie” Green

Confusing Signs of the Times

Creativity is the Key to Happiness